Who We Are – Tony Williams 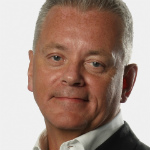 Tony Williams is a Partner with Cameron Stuart Associates. He brings over 30 years experience building and shaping high-performing executive teams and leading transformational change. Tony has a track record as a key executive team member running successful global businesses across the media, retail and digital sectors, among others.

Alongside his work with CSA, Tony is also a member of the governing body of Loughborough University, where he graduated in Economic & Social History with Economics, and is actively involved in fund raising for Muscular Dystrophy UK.

After his early career in Human Resources with GEC-Marconi in the UK and USA, where Tony became a Divisional HR Director, Tony joined News International and later W H Smith. In both businesses, he worked with the Chief Executive Officers on transforming the management and culture.

Tony subsequently joined Russell Reynolds Associates where he worked in the European Consumer practice, partnering with CSA’s James Stuart at that time. At Russell Reynolds, Tony was accountable for delivering a wide variety of board-level executive searches in the UK and internationally.

Tony was then tempted back in to a corporate role and invited to join the Executive board of IPC Media, which was then private equity-backed. Here he was instrumental in preparing the organisation for IPC Media’s sale to AOL Time Warner. Following this Tony was appointed Group Human Resources Director of Carlton Communications plc where he played a key role in managing the business during in advance of its merger with Granada plc to form ITV plc in 2004.

After the merger of Carlton Communications plc with Granada into the new ITV, Tony was a consultant to the Royal Shakespeare Company before being approached to become Group Human Resources Director of Kingfisher plc. At Kingfisher Tony worked directly with the Chairman to appoint a new CEO for the group and subsequently with the new CEO on appointing a new team of executive directors to transform the performance of the business.

After leaving Kingfisher plc, Tony became Group Human Resources Director of Betfair, then a private company. The business went public a year later. After the flotation, Tony worked with the founder Chairman to appoint a new Chairman and CEO and then with the new CEO on putting together a new executive board.

During 2015 Tony worked with the CEO and founder of Wargaming.net, a “free to play” online gaming business with 150 million registered players globally. Wargaming.net is a private company.