Who We Are – James Stuart 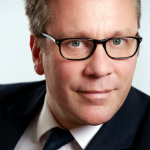 James Stuart is the Managing Director of Cameron Stuart Associates. James has over twenty years’ experience in senior executive and board member search in consumer markets globally on behalf of leading brand-led businesses.

After an early career spent in consumer products in roles with a pan-European remit with Kraft Jacobs Suchard (now Mondelez) and General Motors Europe, James joined Russell Reynolds Associates in London in 1996 where he played a central role in the development of the pan-European consumer goods and services practice. He founded and led the B2C arm of the European Digital & eCommerce practice in 1999 and was elected an equity partner with Russell Reynolds Associates in 2001.

James was appointed an independent Non-Executive Director of Polymer Logistics on flotation on the London market in 2006. He was Chairman of the Remuneration Committee and was a member of the Audit Committee until the successful sale of the business in 2009.

James has a BA in International Relations & French from Sussex University and a Masters in International Economics and US Foreign Policy from Johns Hopkins SAIS. He speaks French and German fluently.